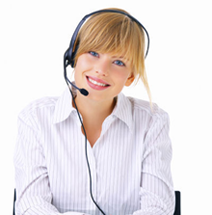 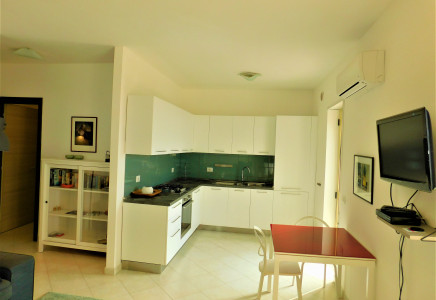 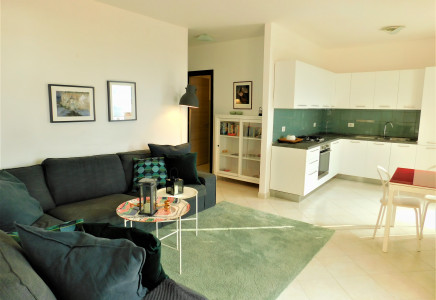 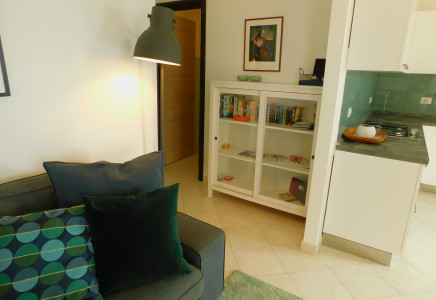 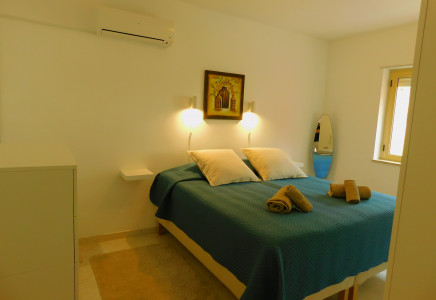 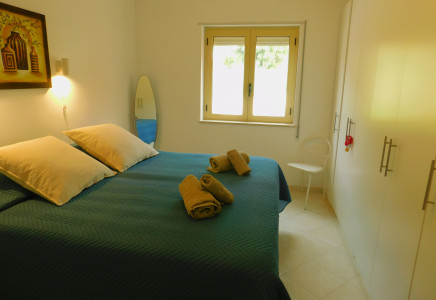 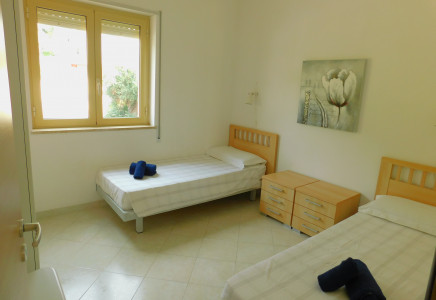 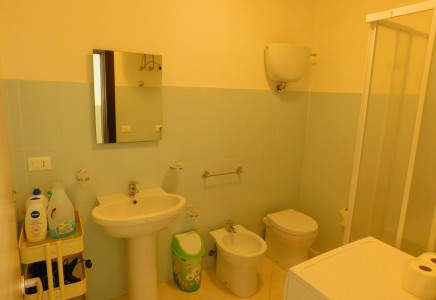 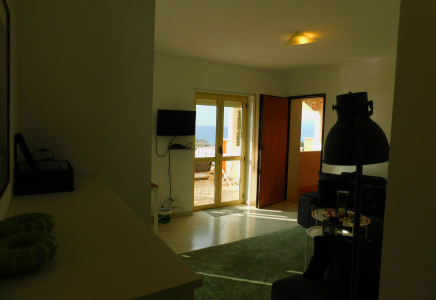 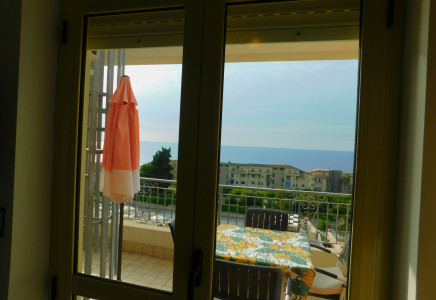 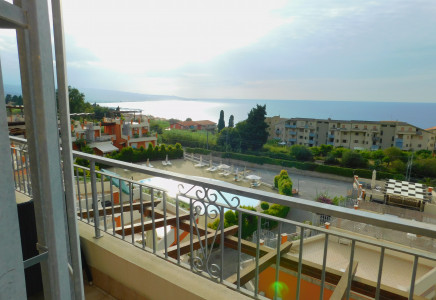 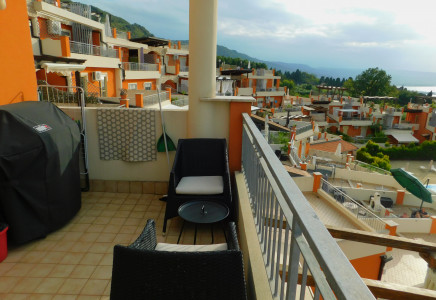 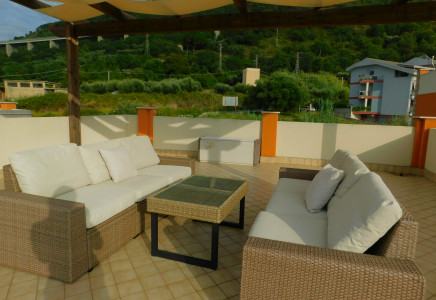 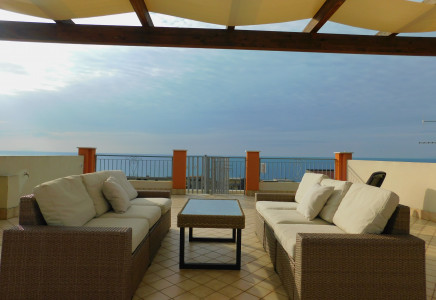 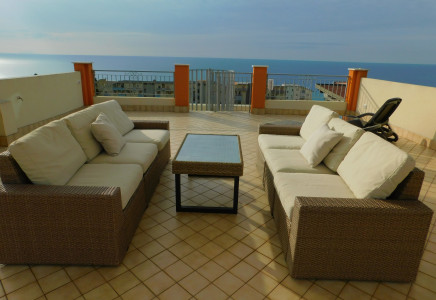 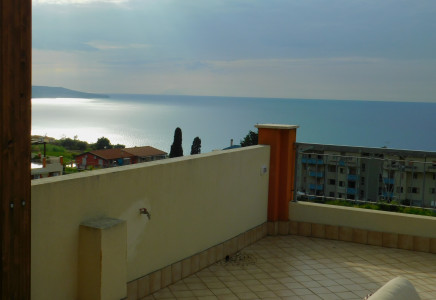 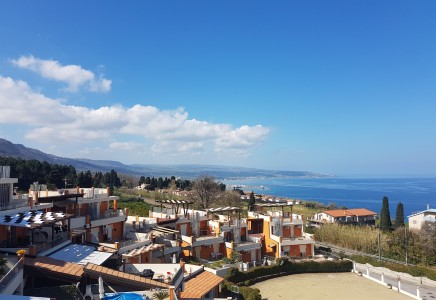 Borgonovo Apartments – situated just off-shore from the turquoise Tyrrhenian Sea; only 700 meters from Pizzo Old Town Centro and within a short 15-minute drive of Lamezia International airport offering direct, frequent and inexpensive flights to the UK (Ryan Air for example)
The development itself is situated in one of the most sought after areas of Pizzo close to all amenities; most notably nearby are shopping amenities, train station, restaurants, Parks, and conveniently the Water Park in under 15 minutes’ drive away, perfect for a fun-filled family day out.

The Build is termed high density, as it is composed of 97 units, however the initial contemporary design allows for ample Internal ergonomic use of the space with regards to each individual plot; ensuring an airy living space unfurnished allowing the Prospective Client to put their own personal touch to what might very well be their very own parcel of Italy.

The External finishes are elegantly designed with Italian taste and Architecture in mind. The Contractor involved is local and approved with extensive experience specific to this region. The Developer is most reputable and locally based; having directed and overseen numerous similar communities on the Tyrrhenian Coast.

Designed over 4 Floors providing Ground Floor, First Floor, Second Floor and Penthouse Units. All Units avail of seaward views, the Penthouse Units enjoying the most exclusive unobstructed views in this particular build. The environs of the site in immediate vicinity to the rear; are lush green and undulating foothills, to the fore the views are panoramic and extend unobstructed as far as the volcanic archipelago forming the Aeolian Islands, clearly noticeable looming on the horizon.

The municipality of Pizzo – Province of Vibo Valentia – is dramatically set upon a rugged promontory encroaching on the crystalline waters of the Tyrhennian Sea.

The old town of Pizzo itself is stepped upon The ruggedly beautiful coastal climbs to the west of the Calabrian Region – essentially the entire Toe of Italy – mid ways along its stretch of undulating Coastline, be speckled with pristine white sandy beaches, sleep inducing coves and dramatic shear cliffs.

Being locally and internationally renowned, due to its dramatic location on the western coast of Calabria. The Old Town is well-received by the locals and holiday-makers alike, by day a slow paced popular seaside resort and fishing port, by night a bustling hub of activity providing innumerable Cafes, bespoke Gelaterias (15 of) – offering up the local Tartufo specialty ice cream found nowhere else in the world – and secluded vantage points to occupy all and sundry.

There is great Rental Potential is this Municipality, and what’s more the area is emerging more by more every year to the international market.
Pizzo is also renowned for its Local Produce, in the first place the Fish – moreover its delicious Swordfish (Pesce Sparda) and its Tuna(Tonno) – the fish being so highly rated that even the Japanese import the tuna from this region.

In the second place its Red Onions which are unique to this area and you will find Red Onion incorporated into many delightful and somewhat unusual forms – for instance you may have a Red Onion Ice Cream if you so wish? Lastly nduja is a peppered and spiced meat in the fashion of a pudding which is spreadable. All who try it, rave about it forever more. And what’s more, again if you are so inclined, why not have it in an Ice – Cream!

On a regular and unexpected basis; during the summer months, the resident or holiday goer can expect to find a Sagra or Food Festival taking place in one of the many ancient and beautifully appointed Piazzas or Squares. The Municipality Community provide many festivals and open concerts regularly in the evening through to the early hours, complimenting the cobbled streets and classical buildings with a lively vibrant atmosphere.

There is much-to-do and see in Pizzo, far too much to say, other than it is a must see and must do which should be high on every travelers list.